This book left me reeling after finishing it; I found it quite disturbing due to the themes explored by the plotline. It was a shock to the system – I wasn’t expecting what unfolded to happen. The genre is sci-fi, which initially made me sceptical as it’s not my go to theme. I decided to give it a shot after stumbling across the book for free on the Amazon Kindle. However, after reading this short story, I’d be lying if I said the plot didn’t keep me engaged. Infact, reading this book took me back to the days of studying English Literature for A Levels and having to analysis books. Which is why I’m here writing a book review for you all! A chance to dive back into the book, explore it more and present my thoughts on it all.

Octavia Butler is an African American female writer. She first published her short story Bloodchild in Isaac Asimov’s Science Fiction magazine in 1984. It went on to win the Hugo, Locus, Nebula and Science Fiction Chronicle awards.

Years ago, a group known as the Terrans left Earth in search of a life free of persecution. Now they live alongside the Tlic, an alien race who face extinction; their only chance of survival is to plant their larvae inside the bodies of the humans.

When Gan, a young, boy, is chosen as a carrier of Tlic eggs, he faces an impossible dilemma: can he really help the species he has grown up with, even if it means sacrificing his own life?

The writer sustains the thematic threads of suffering, adaptability, pursuit of survival, power and gender imbalances and oppression throughout the short story.  We are thrown into a foreign world with alien concepts, yet the writer seamlessly weaves the plot together in a way that helps us, the reader, comprehend what is going on. The dialogue is effective at portraying the conflict felt by Gan as he debates between self-sacrifice to protect his family or committing suicide to escape the torment that lay ahead. The descriptive and at times sensual narration accentuate the role reversal evident; it also underlines the power struggle between the male and female from different species. In order to survive, they must become interdependent.

Usually pre 21st century pieces of literature featured the oppression of females. However, in the Bloodchild, it is the males that are sought after to keep the bloodline of Tlic species alive. With no control over their fate, once chosen as a carrier for the female Tlic, the male Terran is enslaved to carry the child, and afterwards face death. Ironically, the Terrans had initially fled Earth to live a life free of persecution. In return for sanctuary, the Terrans (mostly males, but sometimes females) had to give up their human bodies to be used as host for the alien species to thrive and outdo the threat of extinction. Some readers have interpreted it as the Terrans “paying rent with their bodies” and thus drawing parallels to forced prostitution.

Despite all these deep thoughts which may arise from reading Bloodchild, Butler’s sole intention, as explained in her afterword, was to place a male into a universally female situation. In this instance, she wanted to allow a male character to experience pregnancy. Butler also wanted to explore romance between members of alternate species, although it is arguable whether any romantic love exists in the short story. As a reader, I was able to identify the presence of agape love where one has the desire to protect and care for their family. Likewise, at times, feelings of repulsion towards the other species is prominent.

To conclude, this was an intriguing read which put me miles out of my comfort zone. Butler wrote in such a way that it was impossible to read this short story without trying to draw parallels or create one’s own interpretation in order to process the situation at hand. I read this book on the train to college, and it only took me around thirty minutes. Since it’s currently free on the kindle, I’d recommend you all to have a read and let me know your thoughts on it!

Below I’ve inserted what I thought was a powerful statement from Bloodchild. I’d love to hear the interpretations or thoughts you draw from it in the comments below!

Her people wanted more of us made available. Only she and her political faction stood between us and the hordes who did not understand why there was a Preserve—why any Terran could not be courted, paid, drafted, in some way made available to them. Or they did understand, but in their desperation, they did not care. She parceled us out to the desperate and sold us to the rich and powerful for their political support. Thus, we were necessities, status symbols, and an independent people.

Also, I’m planning to do a Q&A post soon…so if you do have any questions, leave them in the comments below. Introducing Me, Myself and I | 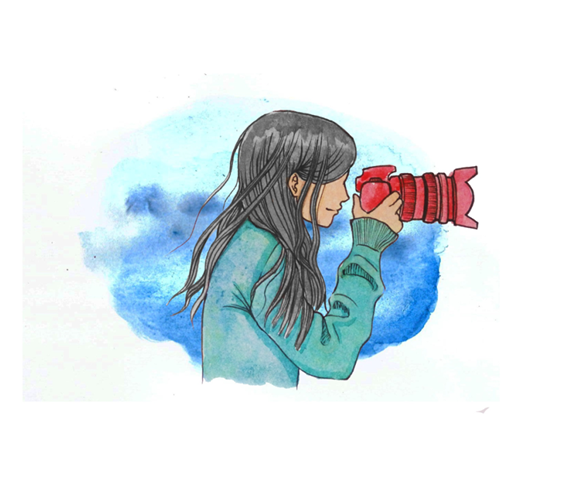 pssst . . . the beautiful profile picture is all thanks to the wonderful Kate from allthetrinkets

Blog Stats - thank you so much x